You are here: Home1 / About us

We are a professional music school that is designed to give your child a comprehensive music education of highest quality. We continue the musical tradition of the famous Ukrainian and Western European Schools of music.

Yevgeniya (Jane) Lepskaya was born in 1974 in Kiev, Ukraine. She started studying piano at the age of five. From 1980-1989, she attended an elementary and middle school, as well as the children’s music school in District 24. At the age of 15 she was accepted to the highly competitive and prestigious Glier School of Music, presently called R. Glier Kiev Institute of Music (R.M. Glier Kyiv State Higher Music College). To visit Glier Kiev Institute of Music click here.

In 1993, Ms. Lepskaya graduated with honors from Glier Institute of Music after winning several piano competitions, including the Rachmaninoff All Ukrainian Competition, the Szymanowski Competition, and multiple Glier School competitions. Ms. Lepskaya immigrated to the United States in 1994 where she was accepted, with a full scholarship, at Roosevelt University Chicago Musical College, to major in piano performance and pedagogy. In 1995 she also received a private scholarship from Professor Frank Untermeyer (one of the founding fathers of Roosevelt University).

In 1997, after graduating and receiving a bachelor’s degree with honors, Ms. Lepskaya was accepted at Northern Illinois University with a full scholarship under Professor Donald Walker, receiving her master’s degree in 1999. Professor Walker’s name was included in the B. Savers’ book “The Most Wanted Piano Teachers in the USA”, and was esteemed as one of the leading piano teachers in the United States. Professor Walker studied at the Julliard School of Music under Professor Rosina Lhevinne.

Rosina Lhevinne was also a teacher of Van Cliburn, the first American to win the International Tchaikovsky competition in Moscow in 1958.

At the age of 13, Ms. Lepskaya began teaching privately, continuing at 15 as a volunteer in the lower division at Glier Music College. After arriving in Chicago, she began teaching at Brickton Montessori School, where she taught private piano lessons for 13 years. Overall, Ms. Lepskaya has 30 years of teaching experience; she is a member of the Music Teacher National Association. While teaching in the Chicago areamany of her students have received high scores and awards at local music festivals and competitions. In 2004 Ms. Lepskaya opened Lepskaya’s School of Music that now has over 100 students and is still growing. Ms. Lepskaya continues to perform publicly. 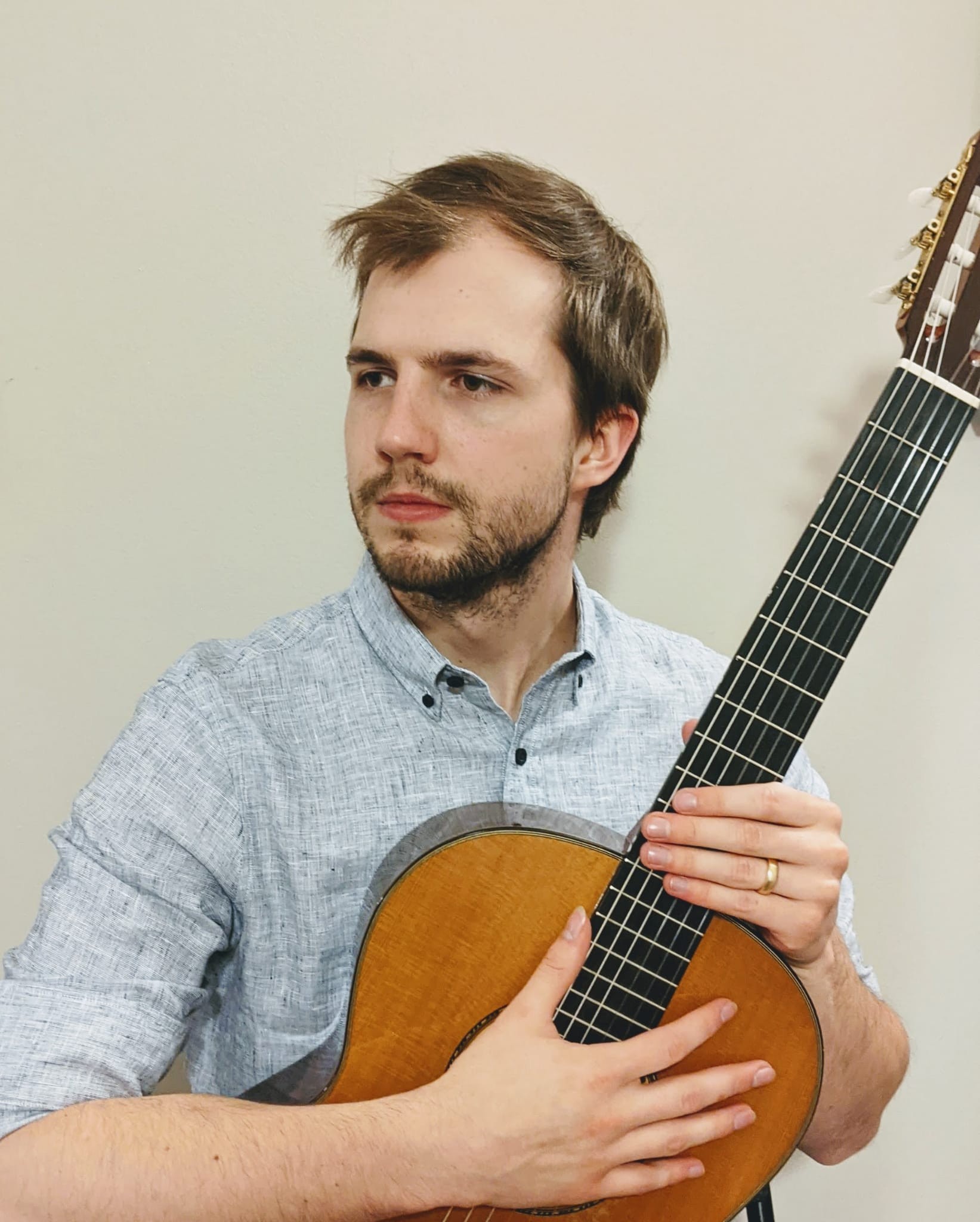 Ben Sullivan is a guitarist, pianist, composer, arranger, and teacher born and raised in Chicago. He specializes in classical Guitar, with an emphasis on Spanish composers and styles. Although classical is not the only genre, he can, as he plays in a rock band that plays around the Chicagoland area. Blues, funk, jazz, and rock are all styles that Ben is proficient in. Ben has received a Bachelor’s in Guitar Performance from DePaul University in Chicago, under the mentorship of Professor Mark Maxwell. He then continued his education at the prestigious Northwestern University, where he completed his Master’s degree in Guitar Performance under Professor Anne Waller. Ben has played for and studied with several masters of the instrument, including world-renowned guitarists Oscar Ghiglia, Manuel Barrueco, Berta Rojas, Paul Odette, and Ronn McFarlane. Ben believes that music is a lifelong journey that strengthens one’s character and better prepares students for everyday life. Having taught for over half a decade, Ben understands the patience and resilience required to not only teach an instrument but to learn one as well!

Iryna Laudadio graduated from Kyiv State Conservatory with a master’s degree and obtained qualifications as a concert pianist, teacher, accompanist, and ensemble soloist.

Iryna Laudadio performed in productions of “Boris Godunov,” “Eugene Onegin,” and “Marriage of Figaro” at Northwestern University School of Music.

Ms. Iryna worked at Columbia College as a ballet accompanist and a voice accompanist at the University of Illinois at Chicago.

In addition, Iryna has been teaching piano privately for the past 35 years. Her students have won multiple prizes and awards in various piano competitions.

For the past several years, Iryna has been holding a position as a music director at Hope Presbyterian Church in Wheaton.

At the age of 15 she continued her piano education at the Irkutsk State Music Chopin College and received her bachelor’s degree 4 years later. In the following years Valentina received a master’s degree in performance and pedagogy from the Irkutsk State Pedagogical University.

Throughout her years as a student Valentina accompanied the children’s choir at a state music school where she also taught individual piano lessons. She took part in an International Piano Competition (Kostroma, Russia). Valentina had the honor of playing with Irkutsk State Symphony Orchestra. Ms. Afonina has 7 years of teaching experience at both public and private music schools. She enjoys teaching piano lessons to students of various age groups, from pre-school children to adults and uses her own teaching methods to achieve the best results. 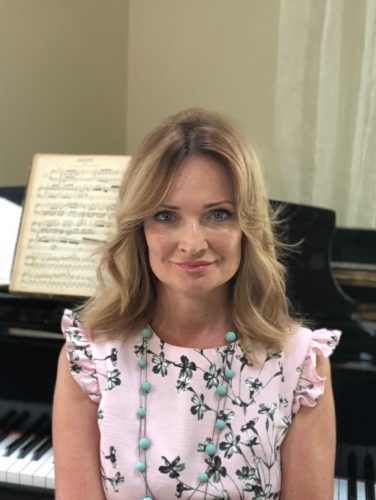 After immigrating to the United States in 2009, Ms. Pilipenko has been teaching privately. She has eight years of teaching experience and is a patient, creative and confident teacher. She is deeply committed to a high standard of excellence in quality of music education. 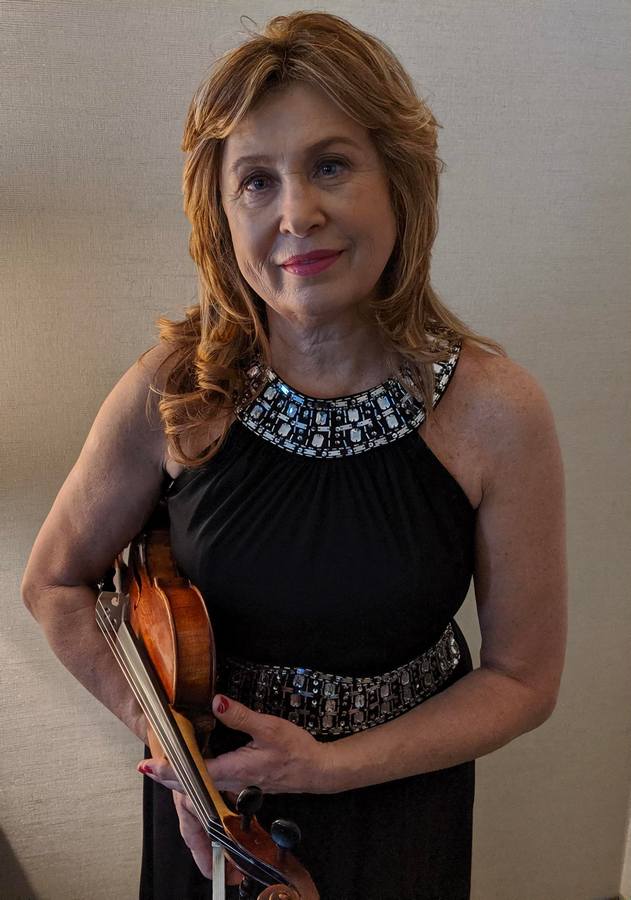 Irina Zinevich received both her Bachelor of Fine Arts and Master of Fine Arts from Minsk State Conservatory (Belarus), one of the leading conservatories of the former Soviet Union. Trained in both the Suzuki and traditional violin methods, Irina’s students have received high marks in competition and attend selective universities and music conservatories. Irina has been teaching violin at DePaul University School of Music at the Community Music Division since 2004.
Irina also maintains a private studio in the Chicago area and performs regularly at Kusina De Manila in Des Plaines. 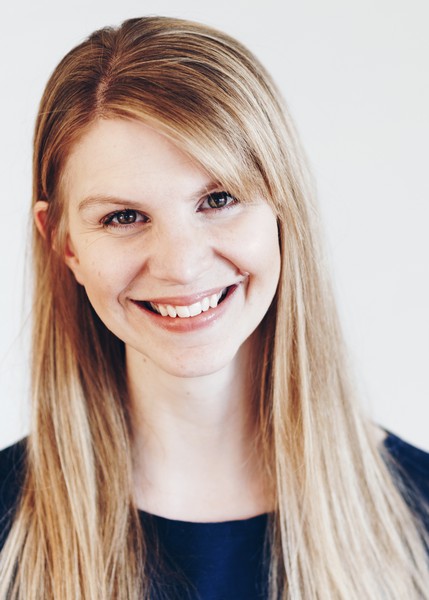 Soprano Jenny Haworth, a native of Iowa, is based in Chicago, where she sings with various musical groups as a soloist and ensemble member. A promoter of early music, Jenny sings with the world-renowned Schola Antiqua, as well as the prestigious Saint Cecelia Choir of Saint John Cantius Parish, where she has performed and recorded numerous
sacred works.
Jenny holds a Master of Music from the Chicago College of Performing arts, a Bachelor of Music from Northwestern University, and is a recipient of an Encouragement Award from the Metropolitan Opera Auditions. She lives with her husband and their five children in Park Ridge, Illinois. 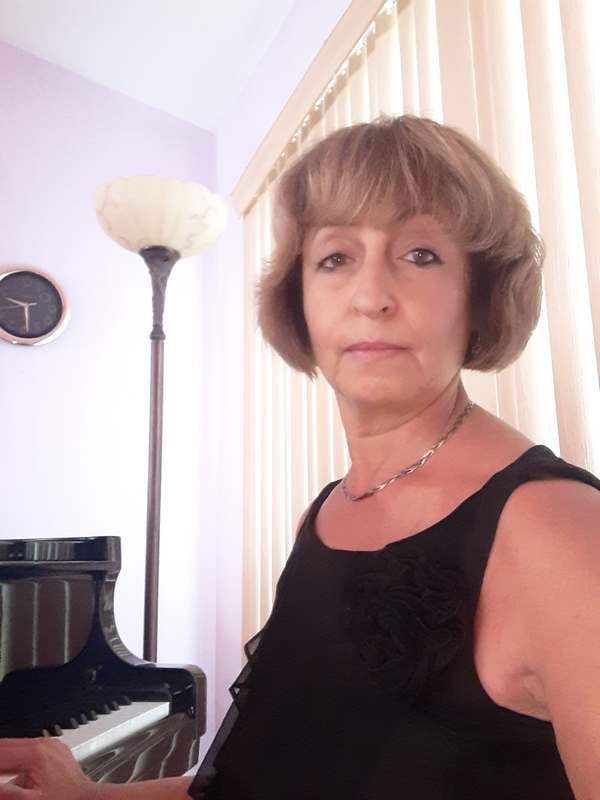 Diana Kofman is a native of Odesa, Ukraine. She studied at the Stolyarsky School, the city’s renowned musical institution, winning numerous competitions. Upon graduating from the Odessa State Conservatory, the Stolyarsky School hired Diana as a piano instructor and accompanist.

She performed with The Violinists Ensemble throughout the former Soviet Union and numerous European countries, including Italy, Germany, England, and many others. Since coming to the USA with her family in 1997, Diana has worked at Roosevelt University, accompanying the university’s vocal students and choir. She continues to perform as a soloist and member of various chamber ensembles and participates in competitions as an accompanist. Since 2009 Diana has been Campanella Choir’s accompanist.

Diana has been teaching piano privately to children throughout her post-graduate years. She has over 30 years of experience. 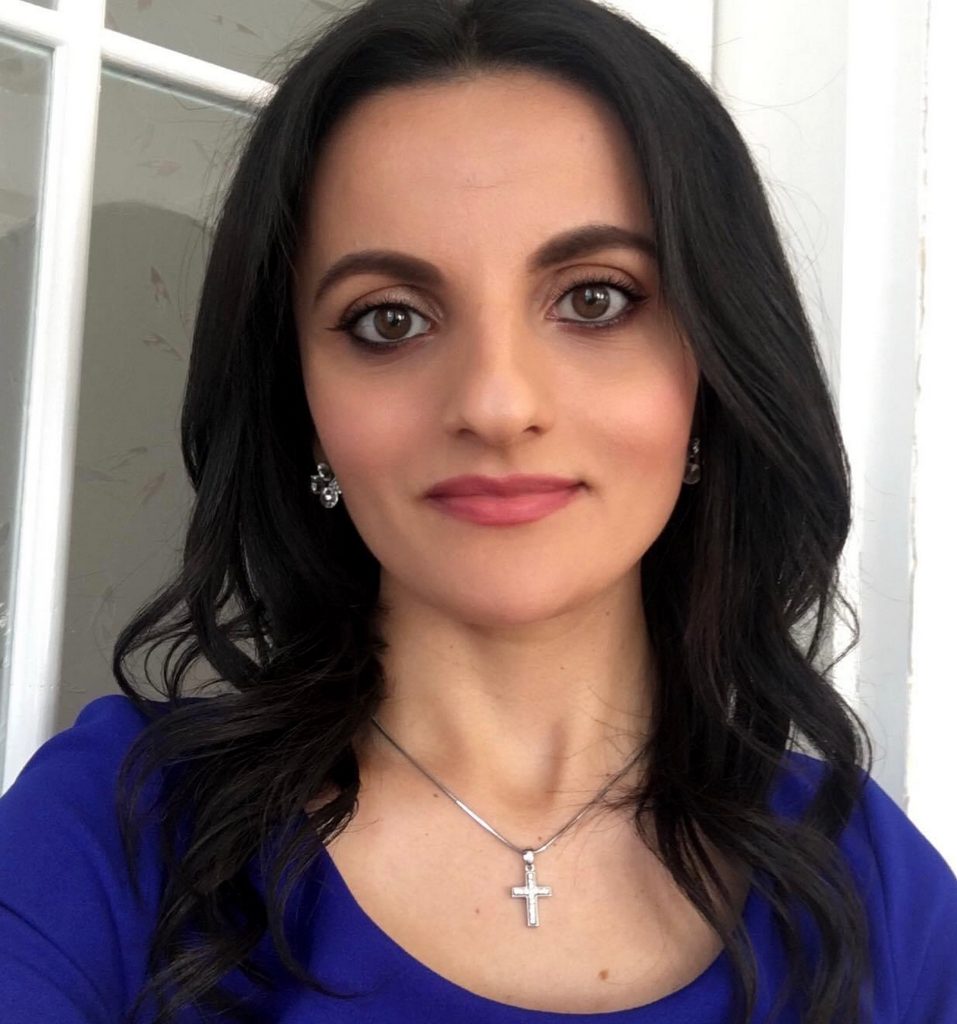 Alona Ionanova is a passionate and motivated teacher with six years of teaching experience. She focuses on using dynamic and creative ways to connect and inspire students. She holds a bachelor’s degree in Music Artistry from Glier Kyiv Institute of Music, and a master’s degree from Drahomanov National Pedagogical University, Kyiv, Ukraine.

Alona Ionanova taught in Primary Art Educational Institution teaching children 6 yr old and older. She teaches students a proper breathing technique, articulation, correct way to project sound, singing a cappella, and working with a microphone singing to a soundtrack. She can prepare students for concerts and competitions.